The Redpath Sugar Refinery is just a stone's throw away from where I work. I pass it at least twice on my bike, everyday during the week. The unmistaken smell of burned sugar that often lingers around the area reminds people of its presence. Some like the smell, others find it very offensive. I am neutral. It does not bother me.

Redpath Sugar has been around since 1854. Originally started in Montreal, Quebec, but later merged with Canada Sugar Refining Company in the 1930s. In 1958, Redpath Sugar opened the current refinery in Toronto's Waterfront, where it is still operating today. Sadly, like many Canadian companies with heritage, the Redpath is now owned by an American company.

The Redpath refinery has a museum inside the plant. I haven't been to it, yet. Perhaps it's worth a visit. 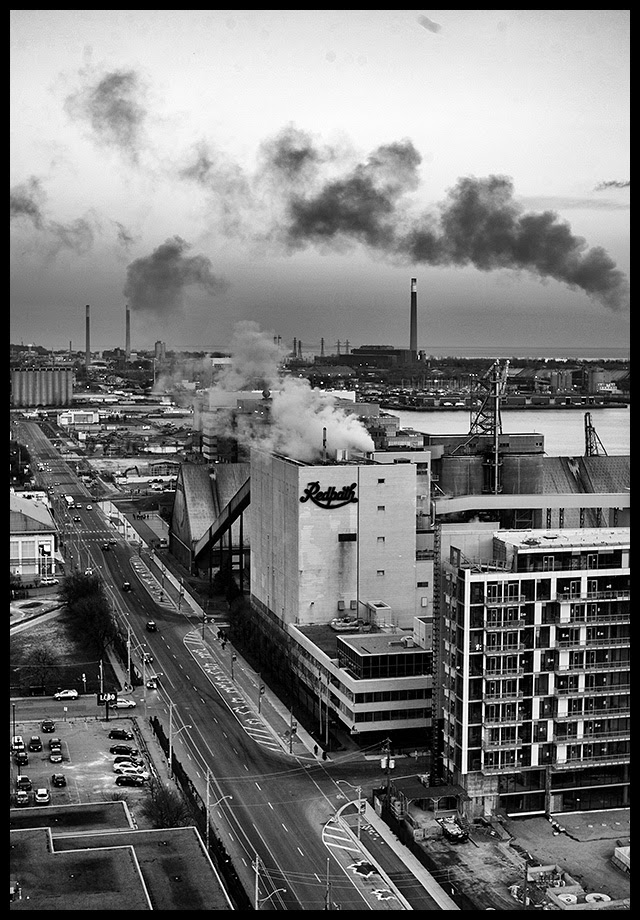