Yet again another speed cubing competition held on November 27, 2010 at Seneca's Residence & Conference Centre.   This is the fourth and last competition of 2010 in Toronto.  It was a larger turn out, but the previous winners, Harris Chan and Eric Limeback did not enter the competition.  Eric did come by later in the day to help out the event as a judge.

Dillon and Ryan did very well for the Rubik's cube 2x2.  Both of them advanced to the second round, but unfortunately, only Ryan made it to the final and finished 8th with an average of 5.19 second.  Neither of them could advance to second round of the 3x3 event, as the there are so many great faster cubers.

Once again, Ryan won first place in Rubik's Magic with a best score of 1.11 seconds, and an average of 1.25 second, slightly better than the last competition.

The first place of 3x3 event was once again won by an American, Rowe Hessler, from New York.  Rowe had a fastest 3x3 solve in the event -- 7.06 seconds.  This would have been a world record few months ago, but now the world record holder is Feliks Zemdegs of Australia with 6.77 seconds.  This time bettered Harris Chan's 7.33 seconds.

It was a long day, but the kids (Dillon & Ryan anyway) enjoyed themselves. 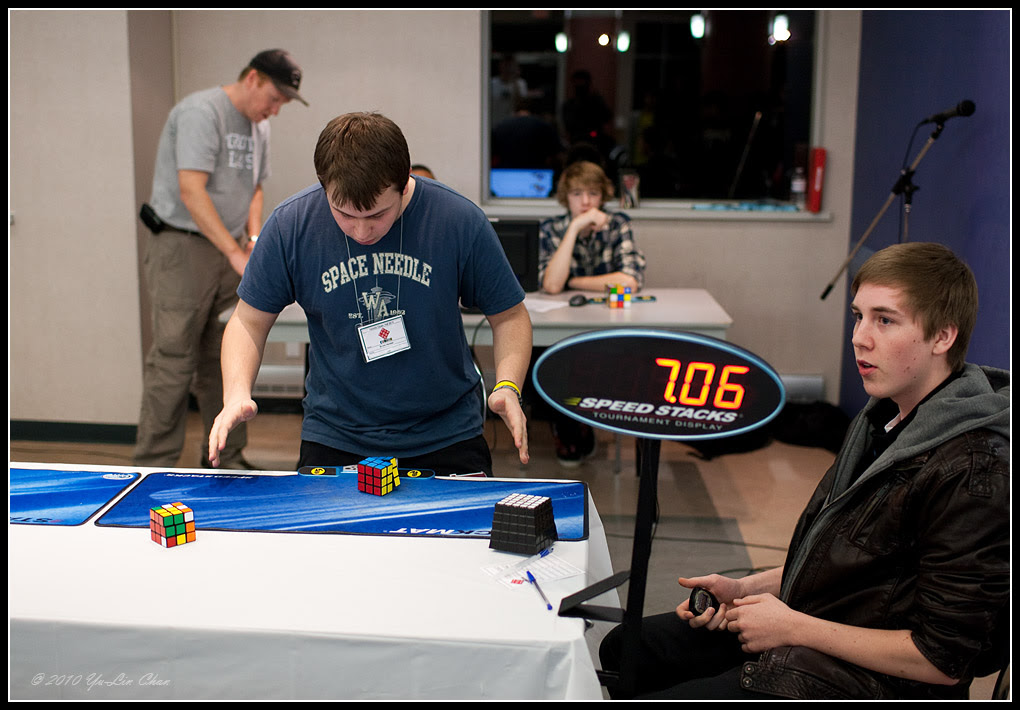 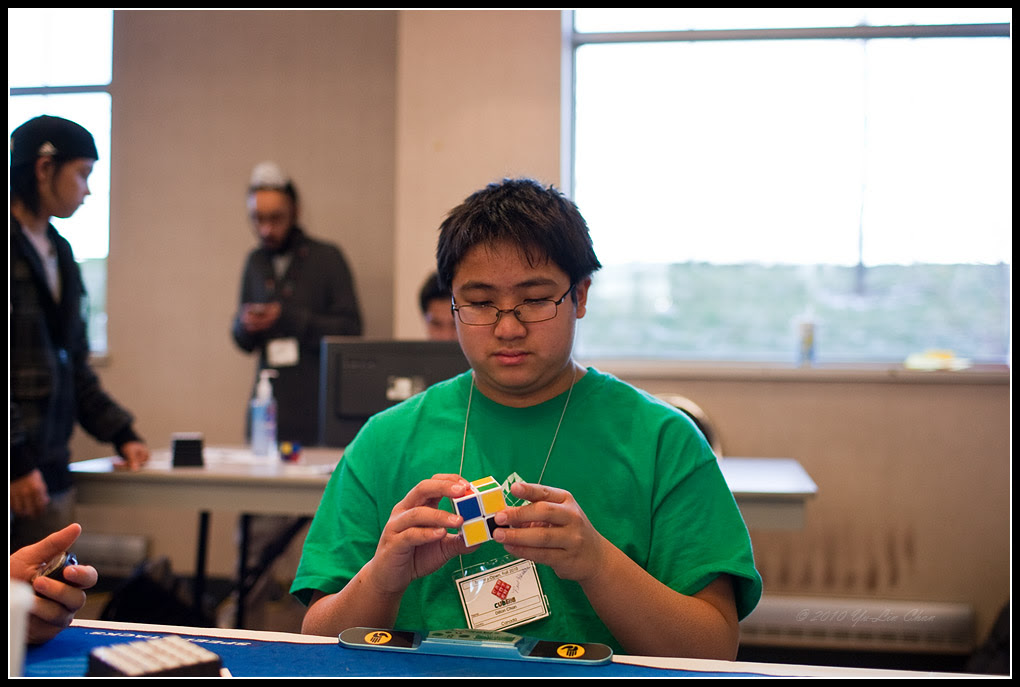 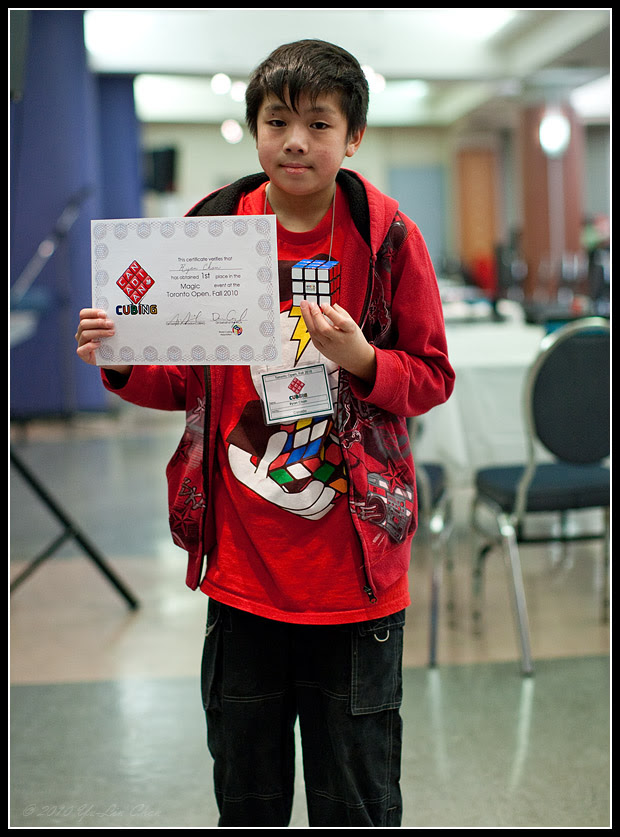 Ryan with First Place for Magic.
Posted by Lens Bubble at 10:51 PM