The Kodak DKL mount lenses are not very common, although not really rare either. Mostly used on Kodak Retina interchangeable lens SLRs. The three major lens makers of this mount were Schneider, Rodenstock and Voigtlander. Most of these lenses fall into the love/hate category. At least for the Schneiders that I have, the 45mm f2.8, 85mm f4 and 90mm f4, all of them are small aperture lenses, and their minimum focus distance is long. About a meter for the 45mm and almost 2 meters for the 85mm and 90mm. The Voigtlanders and Rodenstock lenses are more sought after because some of them offer larger apertures and wider angles.

Being very small aperture lenses, they are very difficult to focus. Add to all this, the DKL-EOS adapter is relatively expensive, until recently. The first time I was looking at the adapter last year, it was well over $120USD, but I bought one couple weeks ago on eBay for around $60. This adapter includes an aperture ring (DKL lenses do not have aperture rings. Aperture is controlled on the camera). I am hoping that the relatively few DKL lenses I have is worth buying the adapter for.

Today was the first time I used this adapter with the Schneider Tele-Arton 90mm f4, and it proved difficult. In the morning when I dropped the kids off to school, the sky was very dark with some drizzles. I had to set the ISO to 1600 in order to get an acceptable shutter speed at f4, the lens' maximum aperture. Luckily, the weather turned better and I was able to take some pictures at ISO 400, and even 250 later in the day.

One thing I can tell you, the colours from this Tele-Arton lens is incredible. Take a look the pictures below that shows the newspaper boxes and the streetcar. I don't remember other lenses with such strong colours, especially the red. When critically focused, it's very sharp too. Haven't got a chance to try the bokeh. With such small maximum aperture, and long minimum focusing distance, it may not be easy to achieve that creamy bokeh that many craves.

This lens, like so many others, hits the mirror on the 5D at infinity. The 5D is perhaps the worse Canon AF camera for manual focus lenses. The compatibility with manual focus lenses isn't good. I will try again with the 1D III and the split screen later.

Is it worth getting into DKL lenses? Sorry, I don't know yet. After all, it's only the first day. But, if you are tired of your 24mm f1.4, 85mm f1.2, 200mm f2 IS etc, it's quite a lot of fun try something that's old and different. Besides, it's peanuts compared to the prices of these lenses!

Stay tuned for more pictures from the DKL lenses. 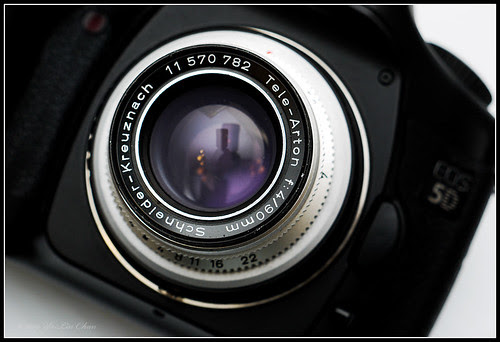 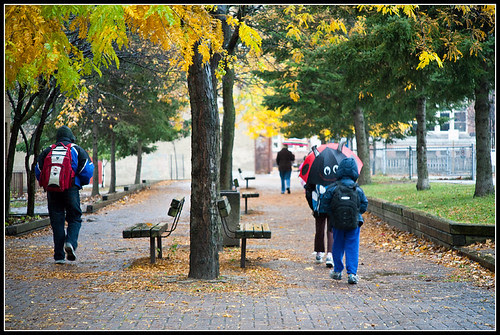 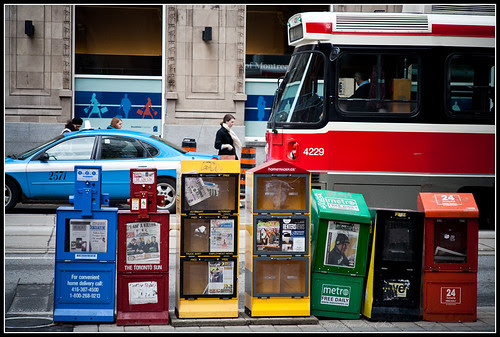 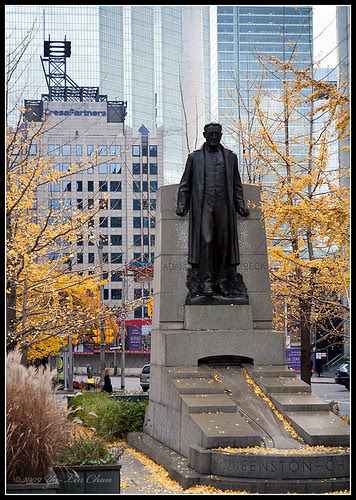 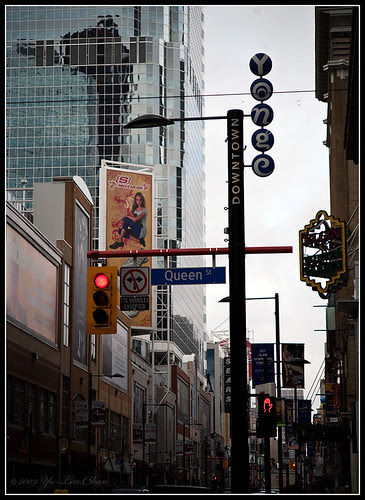