The upgrade itch has hit me again. It's been about three years since I bought the 1D Mark II as my main camera. No complaints about the 1D II, except that it's a little heavy, and the ISO performance could be better. Love the build quality, handling, and superb auto focus capabilities, and the fact that Canon has stock split screens for it. Since early April, after I acquired the Panasonic G1, I have used the 1D II exactly 4 times, and each time it had auto focus lenses on it. This begs the question, do I really need the 1D II?

I like the 1D II, but I think I like smaller cameras better. I don't really mind carrying a big camera when I go out for a planned shoot, but for everyday use, the smaller size of the G1 suits me. But, it's tough to give up fast shooting speed and accurate auto focus as well as extensive accessories of the 1-series of cameras. So, I am torn between the 1Ds Mark II, and the 5D Mark II.

The 1Ds II offers me the least. High ISO performance is about on par with the 1D II, shooting speed is slower. The only advantage is more pixels, which I really don't need, and a slightly lower price on the used market. The 5D II, on the other hand, has a lot to offer: incredible high ISO capabilities, sRAW (10 MP) support for even cleaner files, 1080P video (OK, I can live without this, but really want to try it), lens calibration (micro adjustment), smaller size, live-view (for manual focus lenses), great 3" 900K LCD, and smaller size. The only problem so far, is that it's rather expensive. I can only spend what I already have, which means I have to sell some of my gear to upgrade.

The question now is, which and when? My heart nudges toward the 5D II, and it says wait until fall when new products will come out the the 5D II should drop in price. But, there is the lesson from the Canon D60, which never had enough to fill the demand, and the price stayed pretty much the same until it was replaced by the 10D. Same goes with the origianl Canon G1 p&s. And, by fall, the 1D II/30D will be worth less. 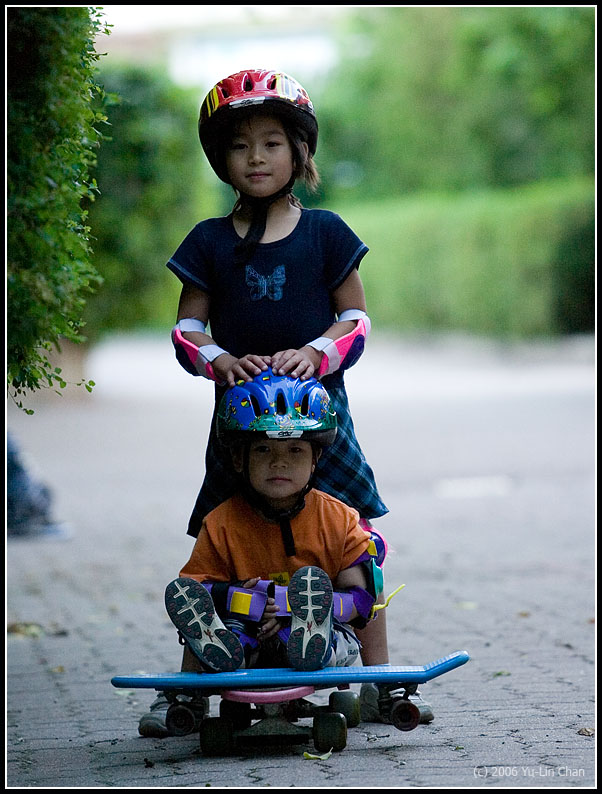 Megan & William -- This is one of my favourite pictures, take with a 1D (4MP) and the EF 70-200mm f2.8. Too bad the original, along with ALL the pictures taken with the 1D were lost due to hard drive crash. The web version is the only copy I have left. 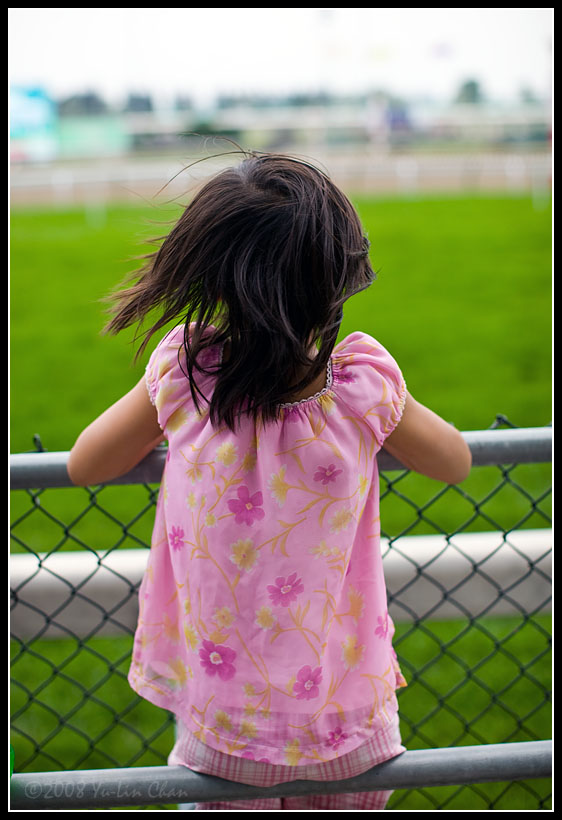