I picked up this Ciro-Flex TLR at an antique shop a while ago.  This American made 6x6 TLR was cruelly put together, but was built like a tank; very American like.  But there are parts missing; for one thing, the focus mechanism is not working, and the viewfinder is stuck.  I have little interest in TLRs other than the lens that's attached to it, and in this case, the Wollensak 85mm f3.5, which looks really nice, and I like Wollensak lenses. 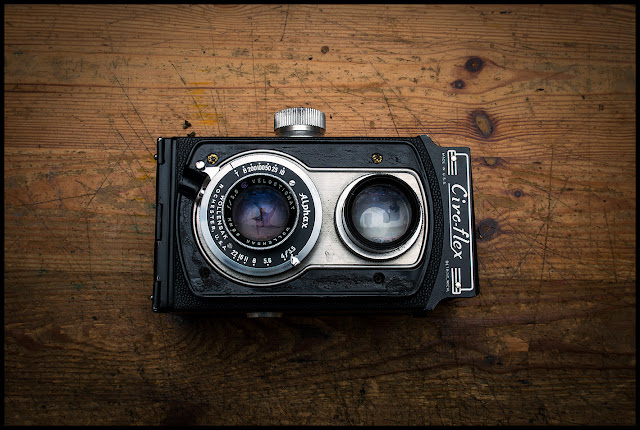 The lens was attached to the camera by a retention ring inside the film chamber.  It was really recessed and non of my spanner wrenches is long enough to reach the ring.  I ended up cutting up a piece of steel cabinet scraper plate, just small enough to get to the retention ring.  It all worked out really well.  These cabinet scrapers were bought at a garage sale and I had the intention to make custom spanner wrenches with them, since many times a standard span wrench could not be used due to space constrains, or length or both.  If I do get around making them into custom spanner wrenches, I will have a write up on it.

The removed lens was put on the converted Vivitar focus helicoid with a couple of filter rings, and I took it out for some test shots. 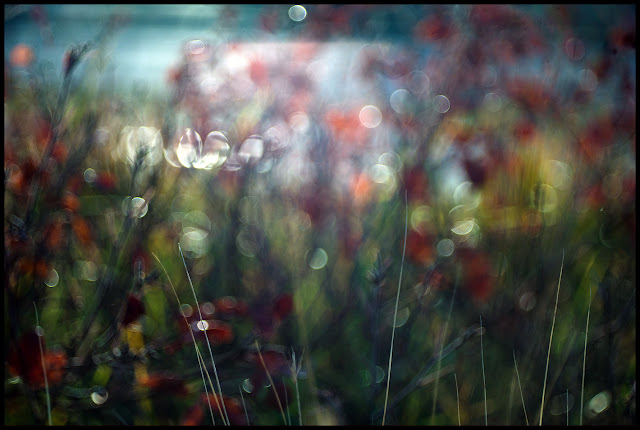 It turns out images are quite interesting, but I immediately noticed the flare in pretty much all images, even though I had a hood, but obviously not long enough.  Still, I am quite happy with few of the pictures.  The bokeh is quite nice, and of course it looks different depending on how close the lens is from the subject.  Most of the bokeh shots turned out very smooth, which should be good for portrait.

The lens is relatively sharp, at least at the center, but the edge is only passable even at smaller apertures at infinity.  Perhaps the lens was not mounted properly, or this particular copy isn't the best.  Still, I like how the lens renders the pictures.  It has a nice personality. 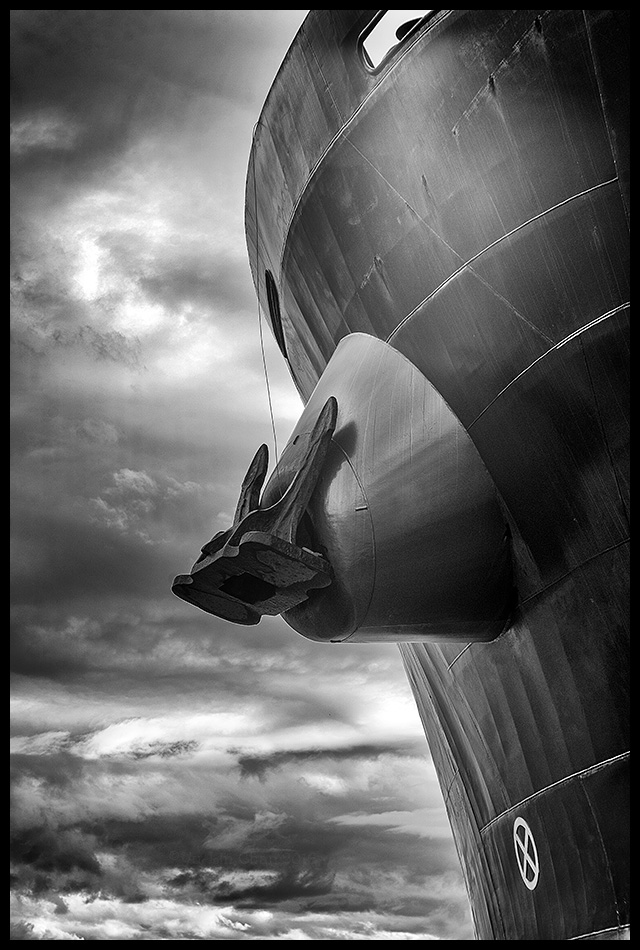 Perhaps I should machine a more precise adapter to fit this lens on the helicoid and see if it performs better.  I have only used the lens a couple of times, so it's still very early to form conclusions.  But, so far, I like it on the Sony A7.
Posted by Lens Bubble at 11:04 PM