I have heard/read about Ensign cameras, and how much the owners praise them, and how much would-be owners curse them for their relatively high price compared to others.  For me, I don't particularly care about the Ensign cameras, since I don't really shoot film, especially medium/large format film, but I have always been a big fan of Ross London lenses.  I have a couple of Xpres Wide Angle 5 inch f4 large format lens which I absolutely love; its lovely and unique bokeh and rendering sometimes leave me weak on my knees :) 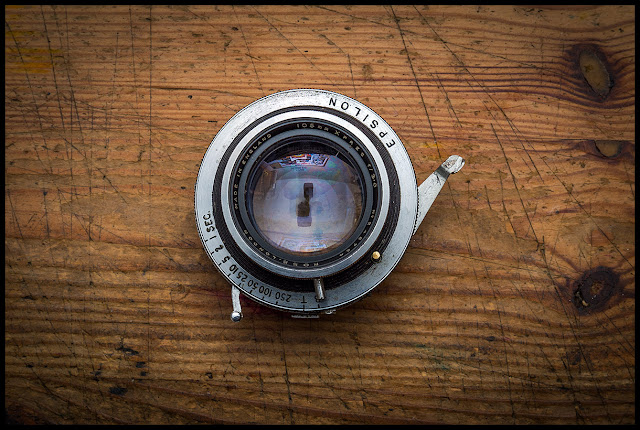 The Xpres 105mm f3.8 is another lens I have been eyeing for a while, but Ensign cameras are not common in Canada, at least I don't see it often in the used market/camera shows.  But, one finally showed up at a reasonable price, so I grabbed it, along with another folder camera sporting a Schneider-Kreuznach 75mm f3.5 Radionar (Triplet) lens, which we will talk about in another post.  The Ensign is in reasonably good condition, but as with most very old folder cameras, there always seem to be some problems, usually with a worn bellows, or slow/jammed shutter, as the case with this Ensign.  The camera is an impressively built beast.  Hefty and solid, that almost gives you an urge to pound nails with it :) 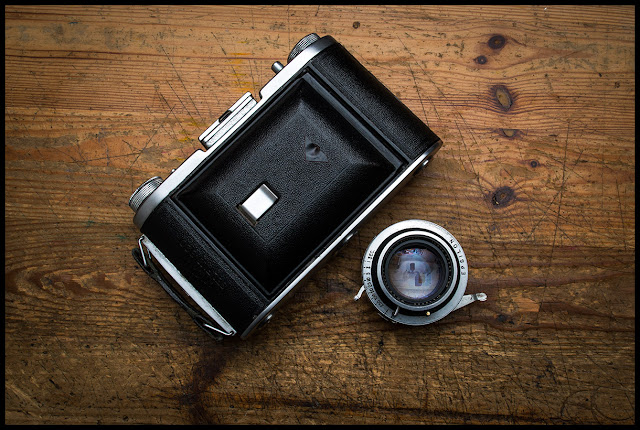 The camera/lens is obviously well used.  The previous owner(s) probably used it until it no longer works, as in its present condition.  I like well used camera/lenses; one must love the camera enough to have used it again and again.

The lens is easy to remove since it is held in place with only a retention ring. Despite the age, the optic is near perfect, except the rear element has a few scratches.  No haze that I could see, and the lens is coated, though probably not multi-coated.  One word of caution when setting the lens down, the rear element is not guarded and the glass will touch the surface.  Perhaps that's how the scratches on the rear elements came about.  So, put it down on the front, not the rear, if you don't want the rear elements scratched.

So far, I have not mounted the lens on the camera yet, but I am uber anxious to try it. The flange is long enough to be used on my Nikon D810, so perhaps I will be using it on the Nikon as well as the A7.