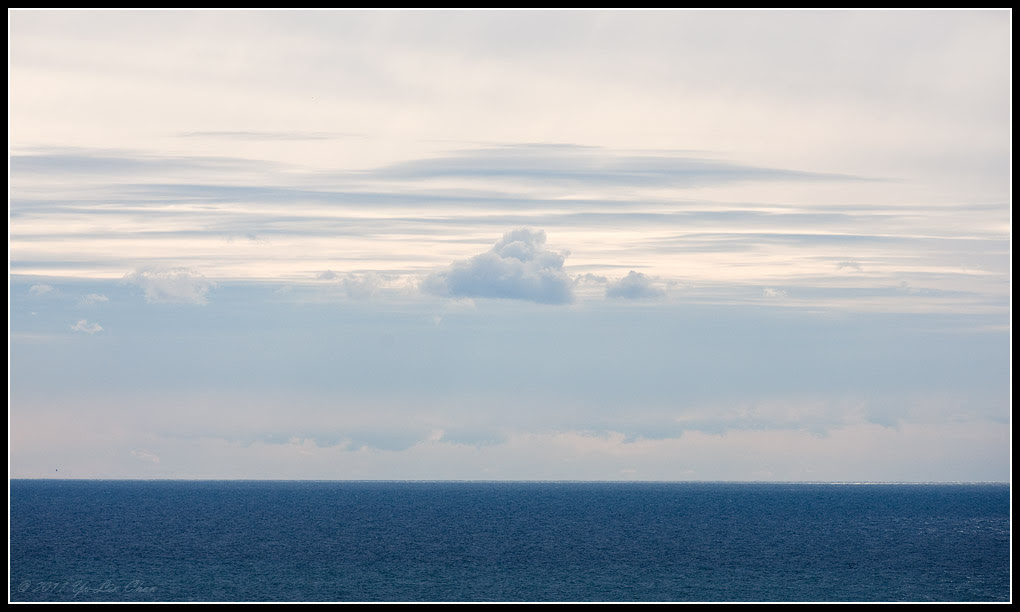 Cloud -- 1D Mark III & Canon EF 200mm f1.8L. Click for larger.
It was the smaller camera companies that stole the show in 2011: Fujifilm with its X100, Sony with its NEX-7 and A-77.  As expected, Nikon and Canon brought the usual updates to their DSLRs, though Nikon did introduced the lackluster J1 and V1.  Oh yes, let's not forget Sigma's interesting and out of this world price of the SD-1 -- the pricing caused quite a stir but after that, hardly anyone even remembers the SD-1.  But, I think 2012 will be much more interesting, if we survive it.

Fujifilm, the dark horse of 2011, is hot on the heels of its successful X-100 and X-10, will be introducing its first EVIL camera.  This will be their first interchangeable lens camera since the S-5 Pro, where Nikon longer license its body to Fujifilm and consequently, they stopped making DSLRs.  I am looking forward to the Fuji EVIL, although I am sure it will not have a standard M4/3 mount, but the sensor it will use will probably be a bit different than your garden variety BAYER sensor, which claims the image quality will be equal to, if not better than today's full frame sensors.  Very exciting indeed!

Sony, with its highly acclaimed NEX-7, has generated a lot of interest from photographers.  There will be likely not much more on the EVIL front in 2012, but they will no doubt introduce at least two full frame DSLRs.  If they make the sensor at 24MP but with today's high ISO technology on their full frame bodies, I would expect them to perform well in terms of colour fidelity, dynamic range and high ISO.  Probably not as good as Canon's 1Dx, but will be way better than today's sensors.  Can't wait.

Pentax/Ricoh, I have a feeling they will introduce another EVIL camera system with a larger sensor.  The Pentax Q, as cute as it is, is too pricey to attract buyers.  Even if they do get another system out, I wouldn't expect it to be much different the current crop of EVIL cameras.  Their late entry into the digital market has cost them the market share and it would a small miracle for them to regain the ground.  Perhaps, they should learn a thing or two from Fujifilm, and introduce something different that people want to buy.

Canon has been the only major camera maker that does not have an EVIL camera.  Somehow, I don't think they will bring one out in 2012, and even if they do, it won't be until late 2012.  We will see the successor of the 5D Mark II, which I am sure will be a fine performer, but it won't be revolutionary.  People will buy them up, just like they do with the 5D II.  I am hoping they will split the camera into two models: one with the 18MP 1Dx sensor (but slower of course), and the other with a high resolution 32MP sensor for the people who need the high pixel count.  After the 40D, the sensors in Canon's low end DSLRs really disappoint me.  The image quality has gone backward, especially in low ISO.  Hopefully this will change with the next sensor design for the low end.

I think 2012 will be a more exciting year than 2011 for photographers.  We will have more full frame bodies, more EVIL models, and better low end DSLRs.  I look forward 2012.
Posted by Lens Bubble at 9:07 PM