The Toronto Open, Winter 2010 cubing competition was held in Seneca College's Oasis Conference room. More than a 100 cuber from different locations competing for the world record. This event produced the 2nd place world record time for a 3x3 solve by Harris Chan at 7.33 seconds. The world record is held by Erik Akkersdijk of Netherlands at 7.08 seconds, achieved at the Czech Open 2008.

My son Dillon, who just got into cubing a few months ago, asked me to register him for this competition. I must say that it's been an eye opener. As with many hobbies, there are fanatics in all of them. Cubing is no exception. But, all the cubers I have seen showed exceptionally good sportsmanship. The skills of some of the cubers are just beyond words. Who would have thought a 3x3 Rubik's cube can be solved in matters of seconds?

It's unfortunate that I had other commitments and could not stay for the top 10 final in this event. Below are some of the pictures I took for this competition. 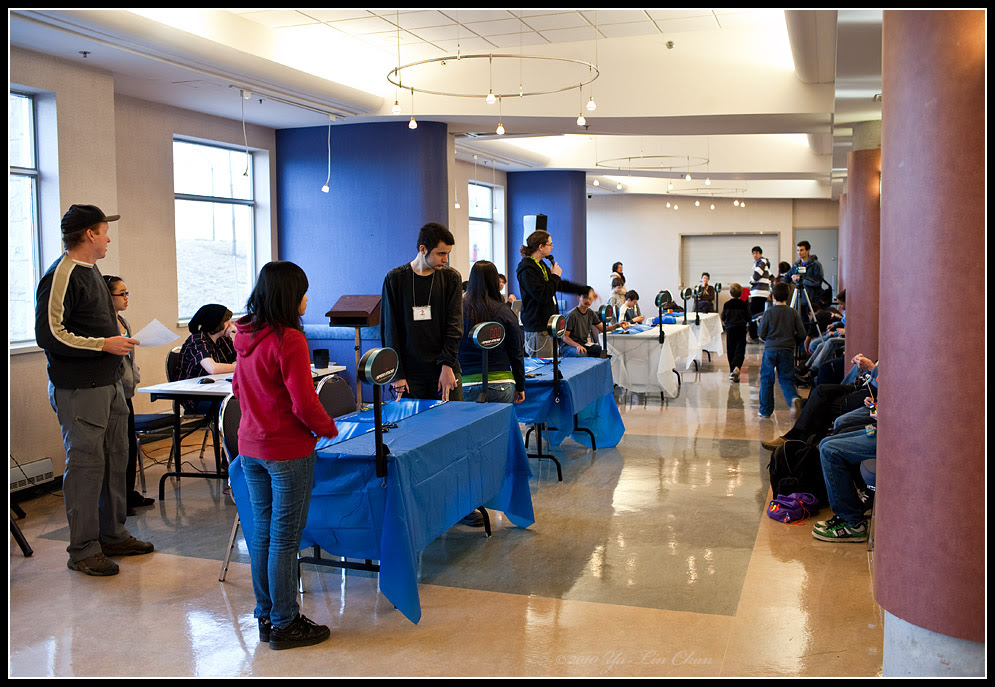 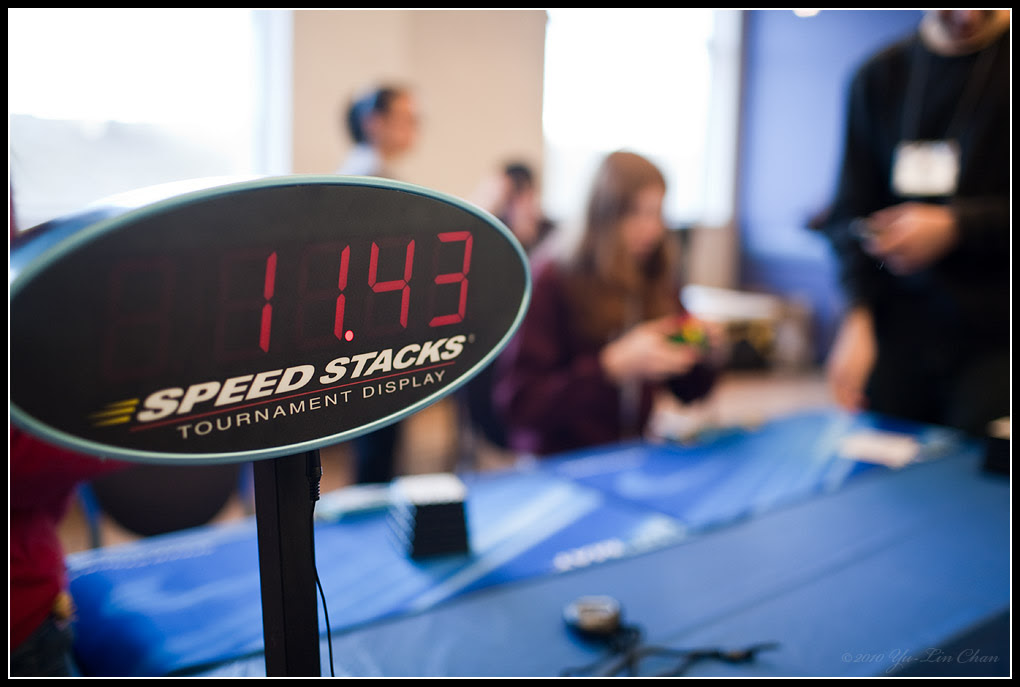 Speed Stacks. These things run on battery and less than half way through competition, the main display is dead due to drained batteries. Also the display is multiplexed (digits are displayed one at a time at high speed, to save power) and if you take a picture with speeds higher 1/30 of a second, you may not see all the digits. 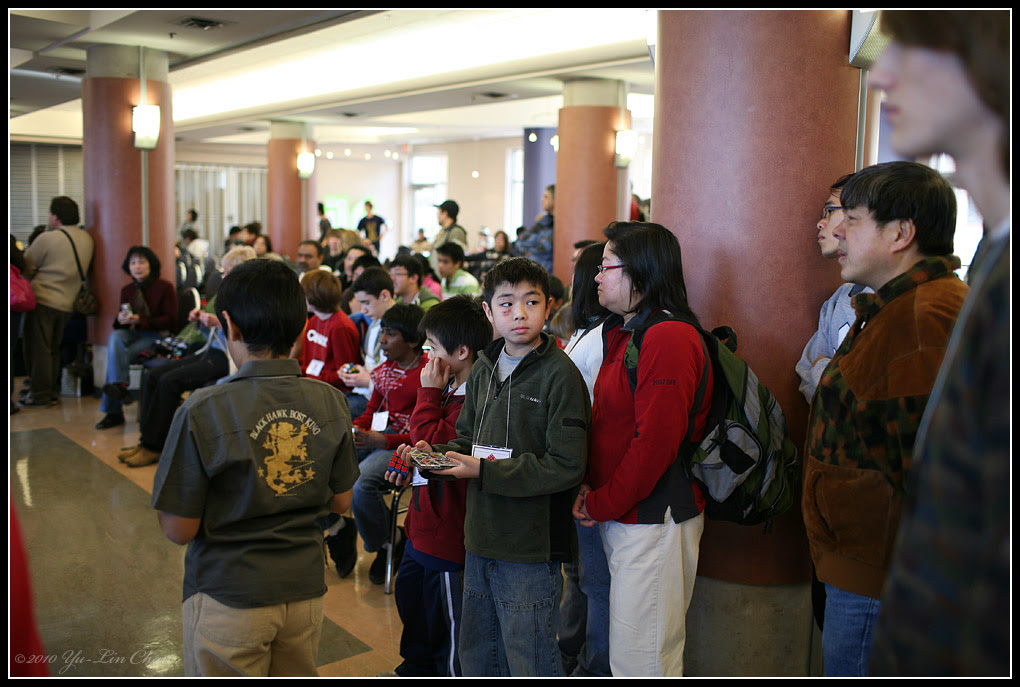 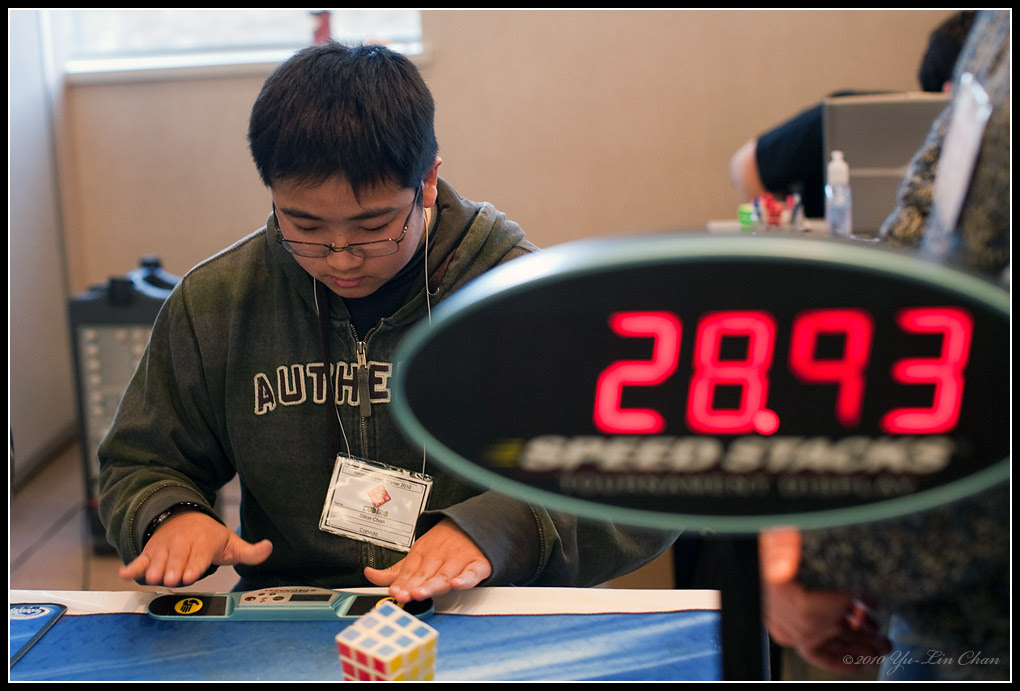 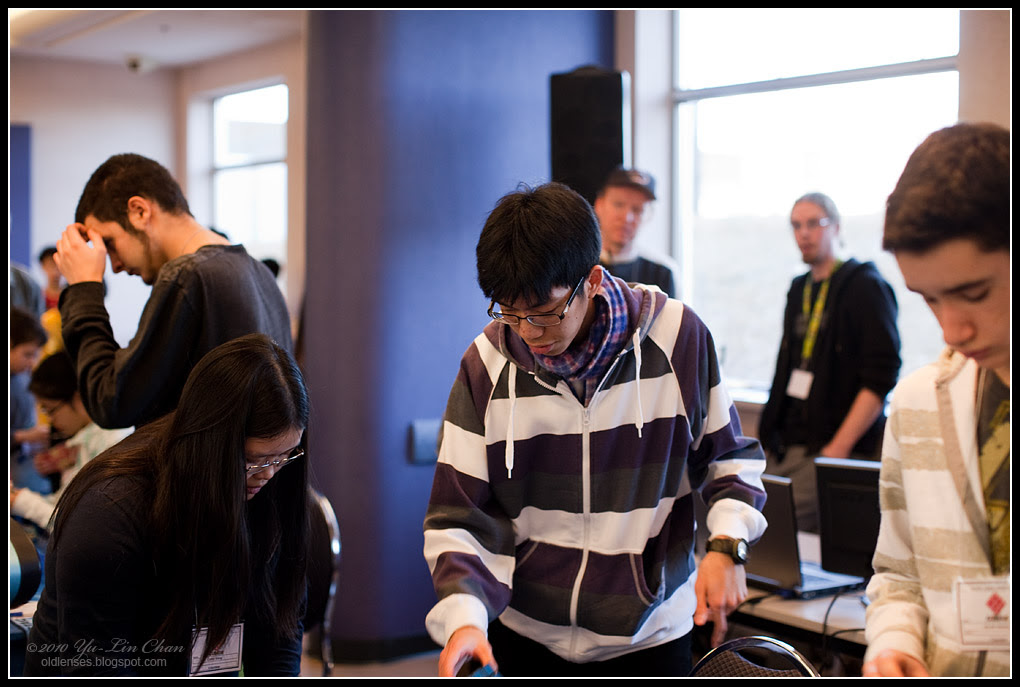 Harris Chan (in the middle) -- Holds the second place in world record at 7.33 seconds for a 3x3 solve. 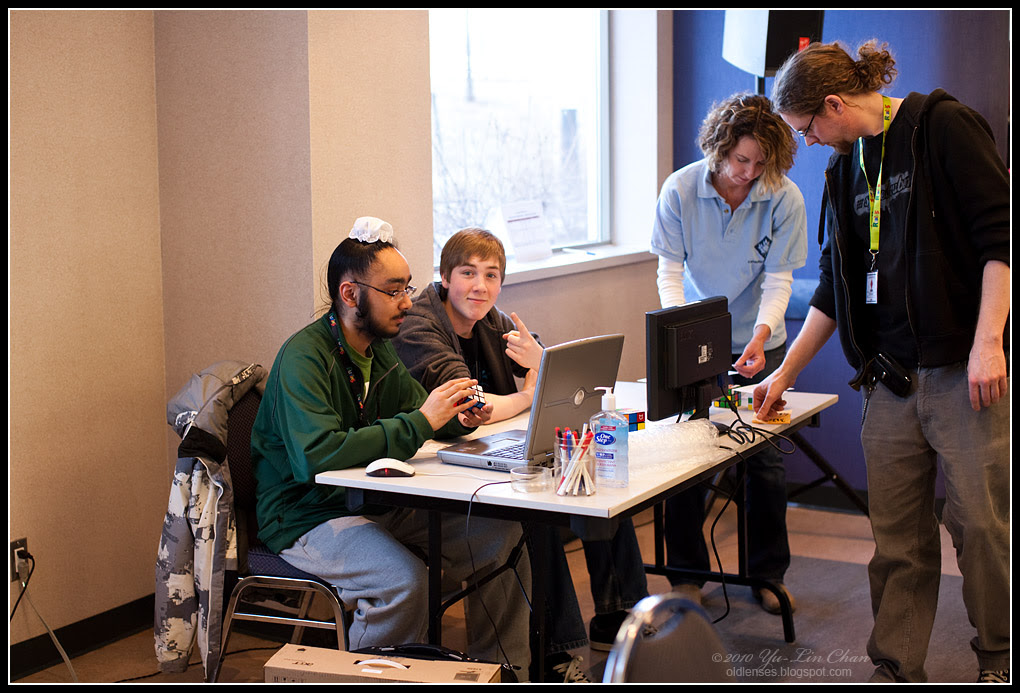 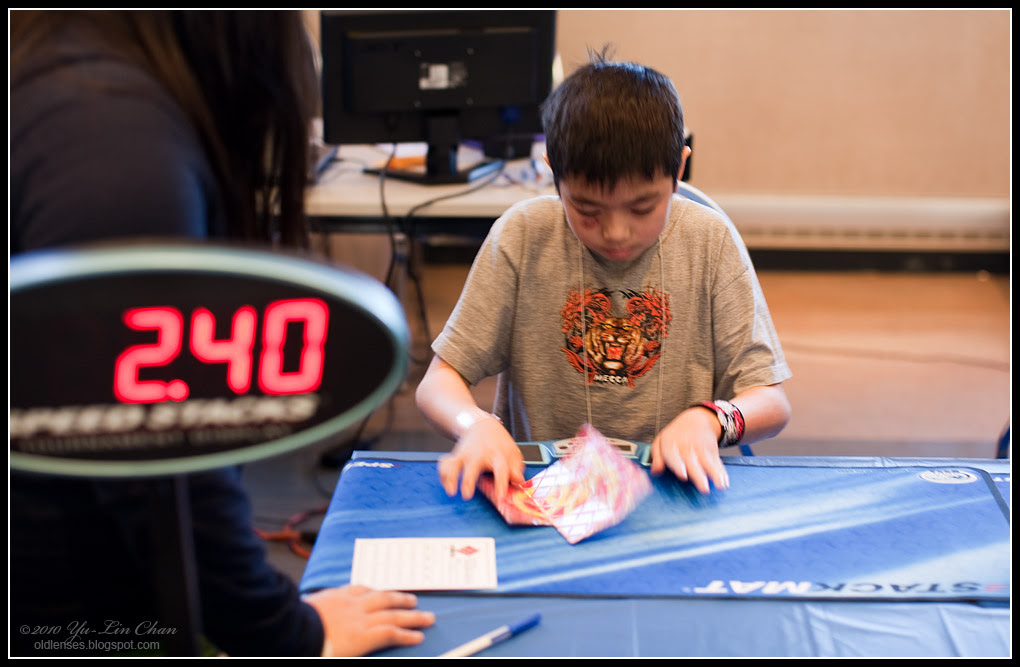 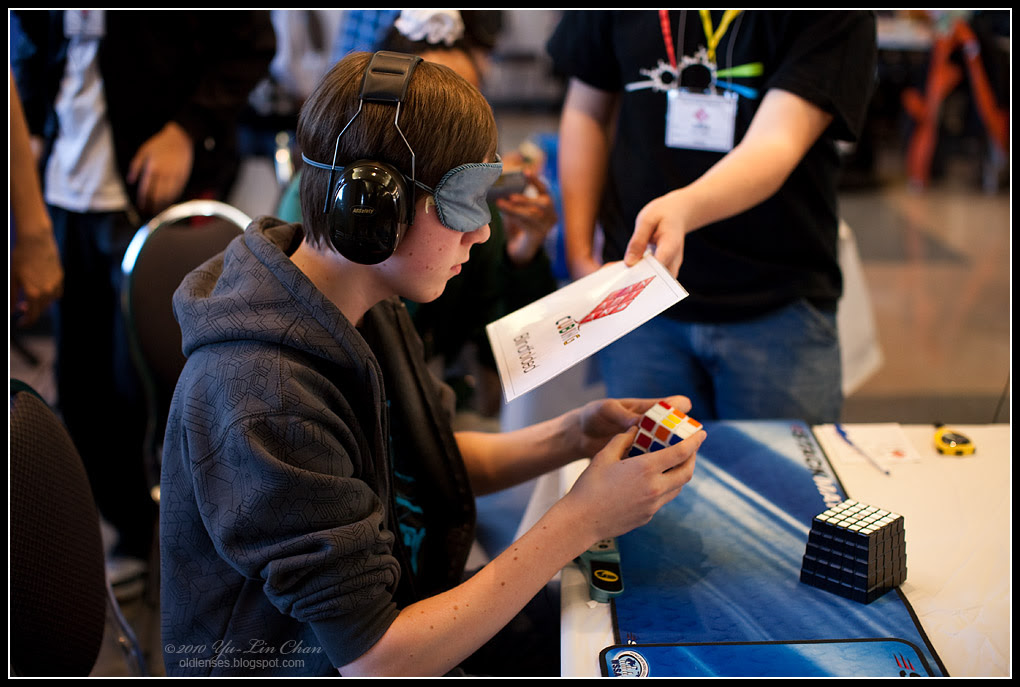 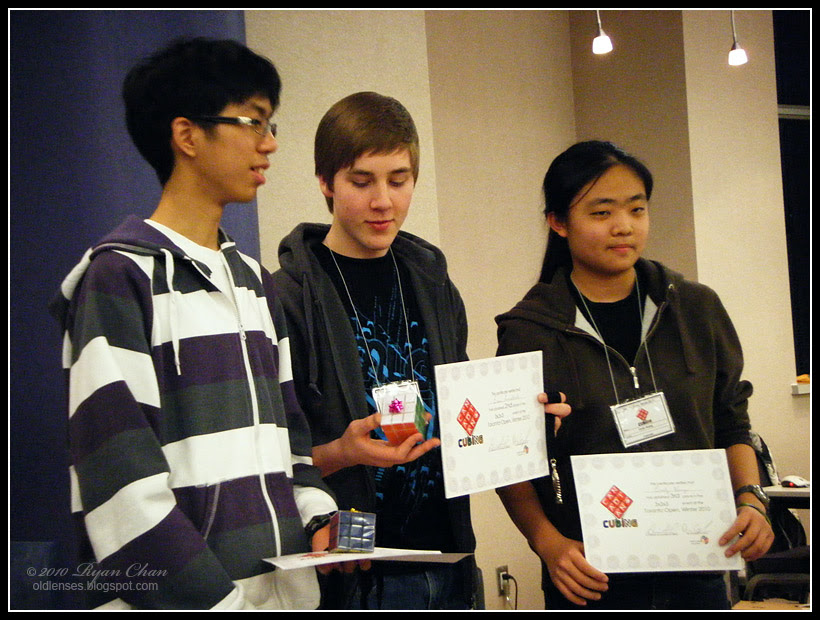 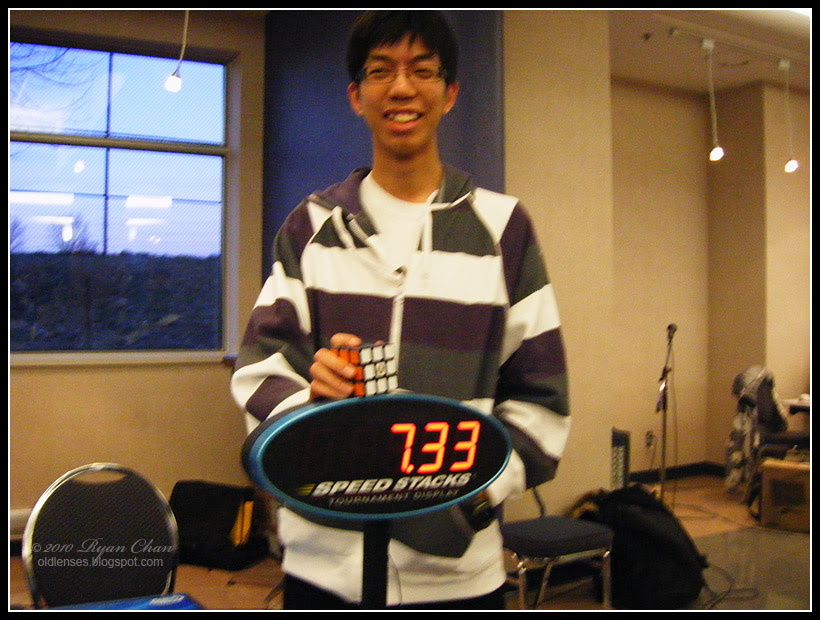 Harris Chan -- Official Personal Best at 7.33 seconds for a 3x3 solve. This is the second place in world record.
Posted by Lens Bubble at 10:58 AM