It took me a few tries before I realized I needed to cut off all of the the extra length of the Hektor's lens barrel just before rear of the lens element. About 10 cutting blades were used to cut the lens barrel. The Dramel cutting blades are very thin and wears down quickly. They also break easily too. 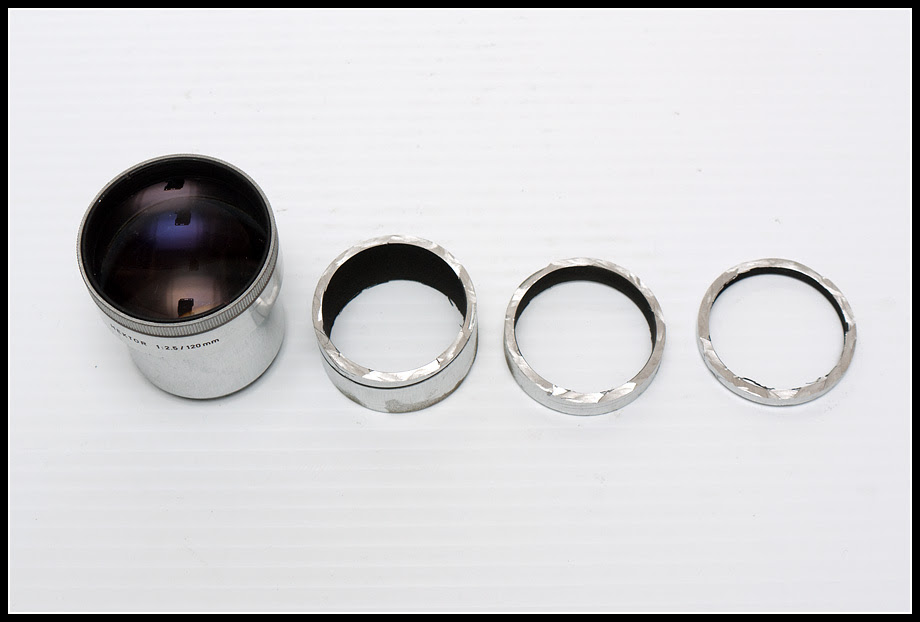 Cutting Hektor into pieces -- As you can see, it took three tries, and about 10 cutting blades. Larger Picture. 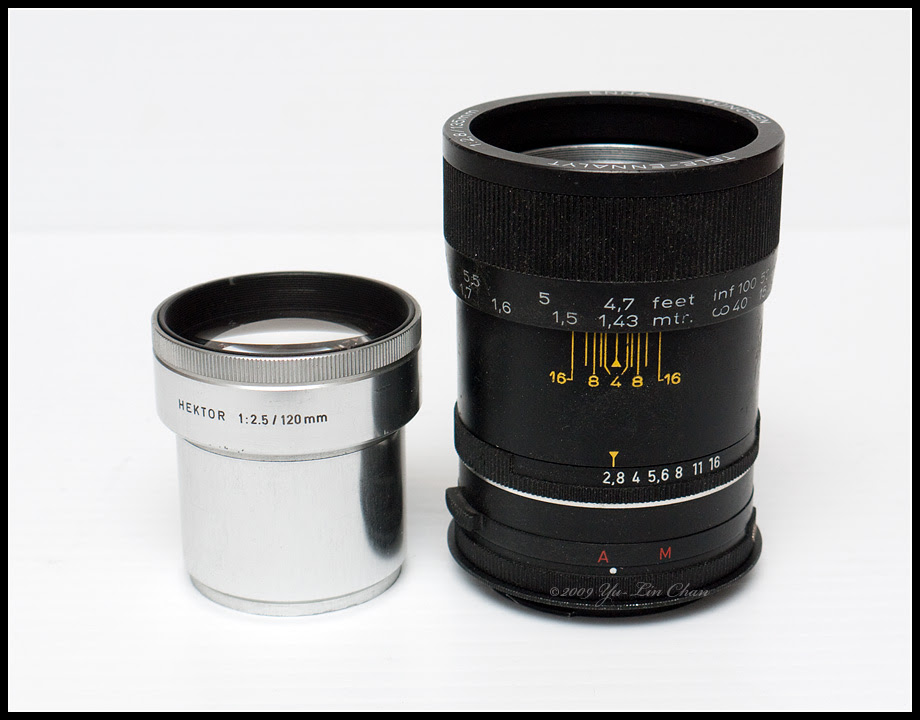 After Hektor was cut to its minimum length, it turned out that it was too much. The lens would focus way pass infinity. Well, it's no problem. I just shimmed it with useless 48mm filter rims. Just removed the glass from the filters and thread the rim into the bottom of the lens. In the picture below, it's assembled and glued, and you can see one of the filter rims (says Canon on it). That's all there is to it. 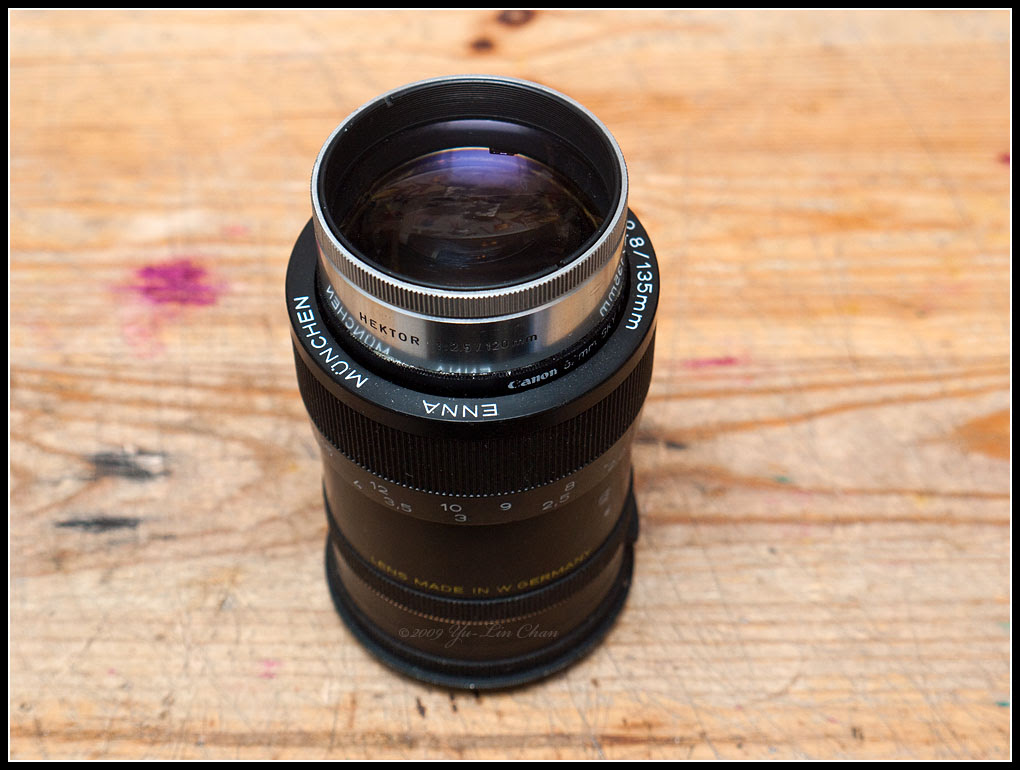 Assembled and ready to use. Larger Picture.

In use, this lens is not particularly good. I mean it's not bad, but not what you will expect from a real Leica lens. Contrast is a bit low, sharpness is not that great until stopped down to about f5.6, and the bokeh is a bit strange. But, it's all done in the name of fun.

In the next project, I will try to document it in more detail. I was eager to get it done and didn't take enough intermediate pictures.
Posted by Lens Bubble at 9:13 PM