Jack's Got Your Back

Jack Layton was one of those rare politicians that was respected by his supporters or opponents alike. He was genuine in speaking for the people he represented. When he died two years ago at the untimely age of 61, the whole nation mourned the passing of a great politician and leader. To honour him, the city of Toronto has renamed the Toronto Ferry Dock Terminal to Jack Layton Ferry Terminal, and erected a statue of him on a tandem bike that he used to ride with his wife, Olivia Chow. The statue reads "Jack's got your back. Stronger together."  I really like this sculpture, which was created by Toronto Artist David Pellettier, with input from Olivia Chow, who herself is a sculptor. 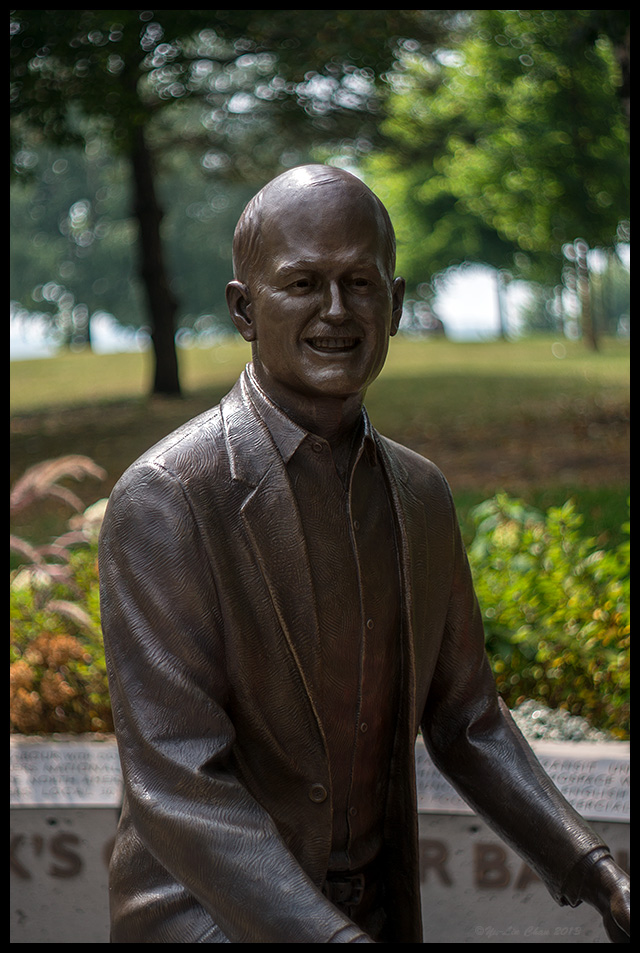 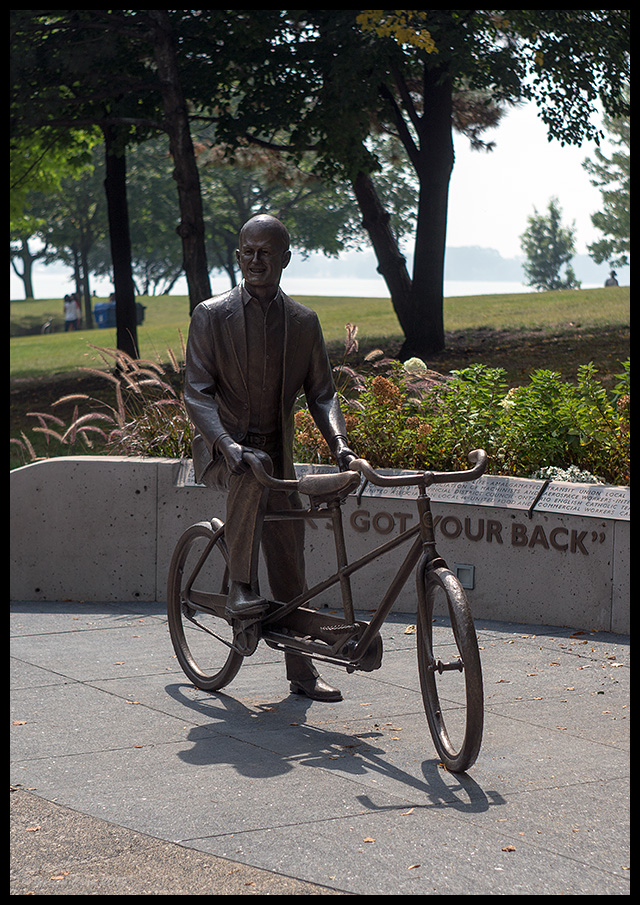