When I bought this lens at the camera show, I saw no action on the aperture, so I assumed the blades were stuck.  Later I disassembled the lens and found that there were no blades inside!  There are also some haze inside the elements, but for $20, I thought I would give it a shot and perhaps it can be cleaned/repaired.  But, without aperture blades, there isn't much can be done unless I can find the missing parts.

This lens should be the same lens as the Meyer-Optik Trioplan 100mm f2.8.

Anyways, took some shots with it today and sure enough, most of the pictures came out hazy, especially those shot against strong lights.  But, some level/contrast adjustments brings back some usable pictures.  But I guess I will be stuck with shooting at open apertures for a while.  Even at f2.8, the lens is very usable and quite sharp.  But the lens can not see any side light or strong lights, or it will become hazy.  I think a functional and clean version of this lens would be quite a nice lens to shoot with. 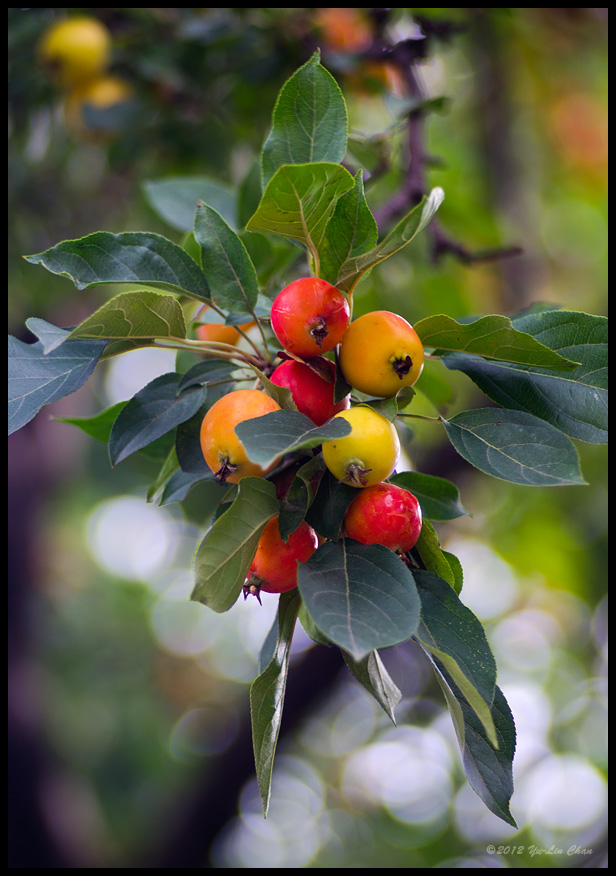