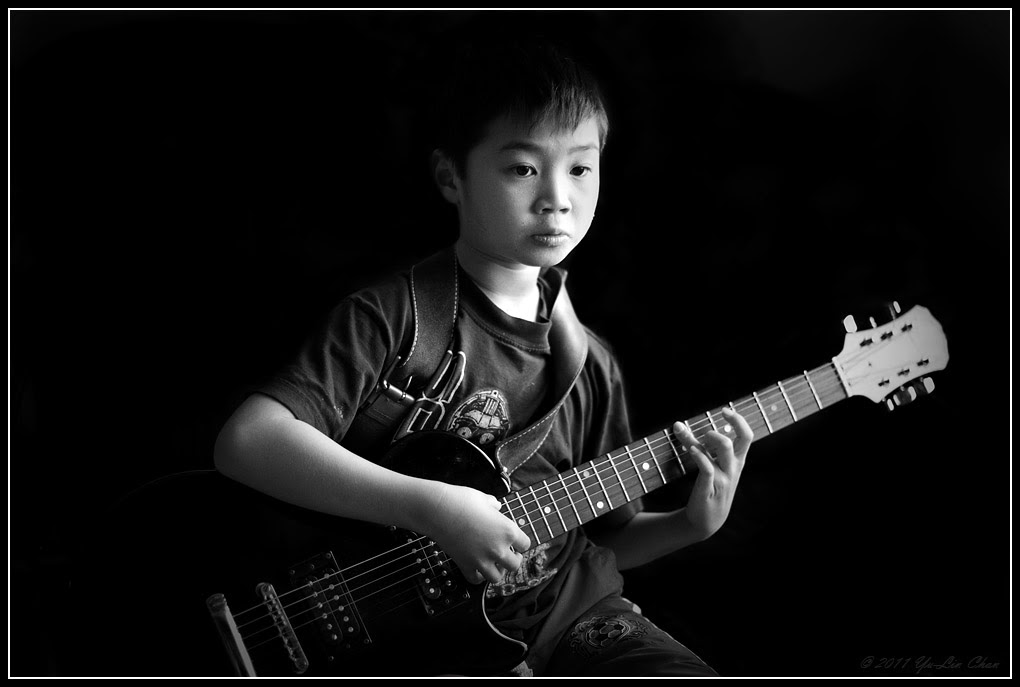 William on Electric Guitar -- 1D III & EF 85mm f1.2. Click for larger
When we bought the game Guitar Hero, the kids loved it.  In fact, they won't a couple of prizes in the competition, and William won the third prize competing with the big boys in Brantford.  I wrote about it here last year.  But, they gradually got tire of it.  the guitar in Guitar Hero is not a real guitar.  Few days ago, we bought a similar game, called Rocksmith, which my colleague Ian told me about.  This game plays with a real electric guitar, and naturally, it's a lot hard than the 5-buttons on the Guitar Hero guitar.

So far, the kids seem to like it, but not as enthusiastic as they were when we got the Guitar Hero game.  I am especially surprised that William is playing really well.  Since Dillon plays a base guitar in the school band, it was a bit easier for him.  Regardless what Rocksmith claims, that it teaches you how to play a guitar, it really doesn't in the traditional sense during game play.  In some ways, it's very similar to Guitar Hero where you have to pick/Press the right notes on the guitar, and both games shows only the position of the incoming notes, not the notes themselves.  Perhaps, I don't know enough to write about it, and there are ways to display the notes as real notes.  In fact, I don't know music, so if I am wrong, take it easy :)
Posted by Lens Bubble at 9:29 PM