I last visited New York city two months ago in June.  That was not my first time in New York, but was the first time that I actually visited with free some free time.  I went back last week for a few days for some more training sessions.  Stayed at the same hotel which has part of the view of Ground Zero.  As before, construction was going on feverishly from 6AM until 11PM each day.  They are trying to finish the 911 Memorial in time for the 10th anniversary of the 911 attack.

Looking at the construction site, it's hard to imagine the horror and destruction of the towers, unless you have seen what it was like.  Peace is not without its prices. 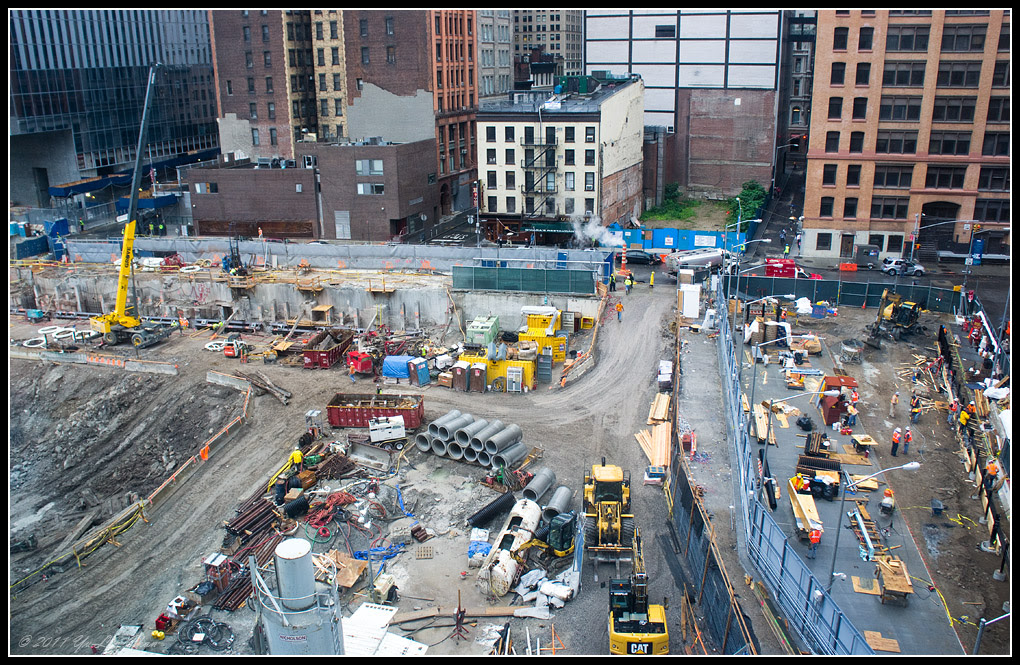 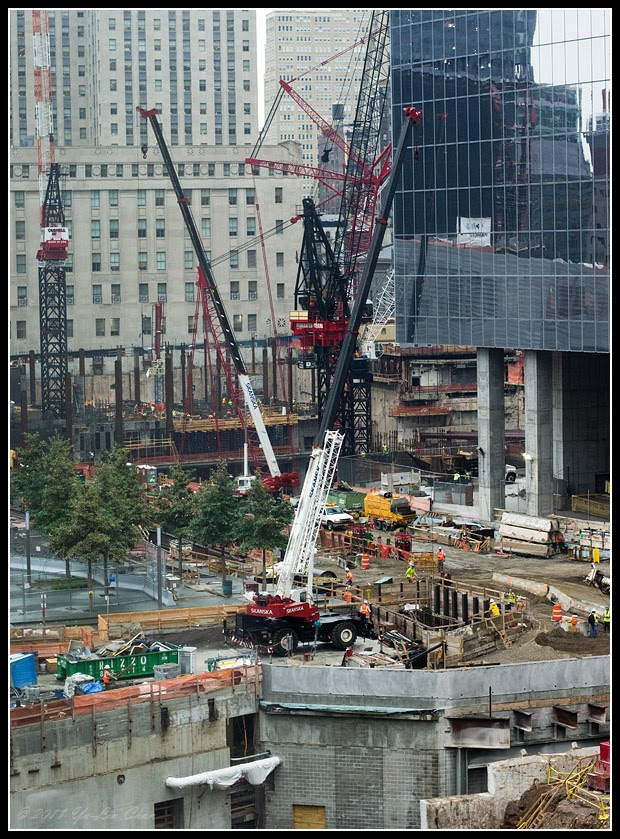