Yesterday, with my wife's encouragement, I purchased a used Taig Micro Lathe II.  This was not my original plan at all, even though I wanted a Taig.

Originally I planned to buy the Taig Micro Lathe with the most basic setup, and gradually add new accessories as needed.  In fact, I already bought the AC motor, as well as a variable speed DC motor that I took out from a treadmill, and was ready to order the Taig when I found this used one in the local buy & sell, with many accessories, including both a 3-jaw and 4-jaw chuck, milling attachment with optional vice, set of collets, a few tool posts and some tool bits already included in my wish list, for hundreds of dollars less than new.  The only thing I was hoping to have included were some end-mill cutters, but that's not a big deal.

The whole setup is very small.  All fits on a small table and does not take up a lot of space.

I am really excited.  It has been my dream to own a machine that I can actually use to make stuff, instead of most tools that I use to fix stuff.  Now all I need is to find a place to buy some metal stock so that I can start learning.  It will probably take me months to get reasonably good at this but I have so many broken/badly converted lenses that I can practice with :)

On with the new adventure!  I will keep everyone posted on the progress with (hopefully) regular blog updates. 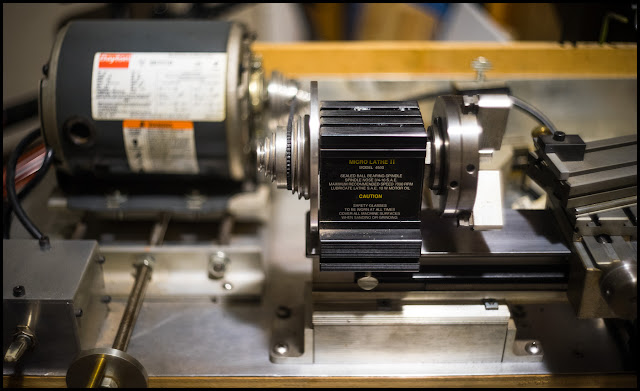 The Rokkor-QF 40mm f1.8 has been on my camera for more than a week.  This is unusual because I normally pick a different lens each day when I head out.  This goes to show how much I like this little lens.  It's a great match for the Sony A7.  The modification for closer focus makes the lens much more versatile for closer up photos, but not so close that the lens loses its interesting bokeh signature. Below are few more shots taken with this lens and the Sony A7. 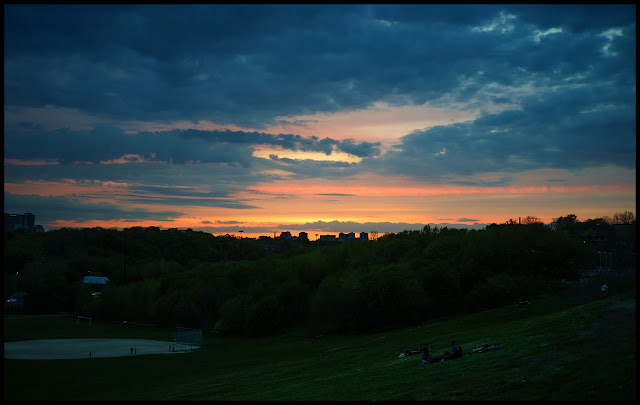 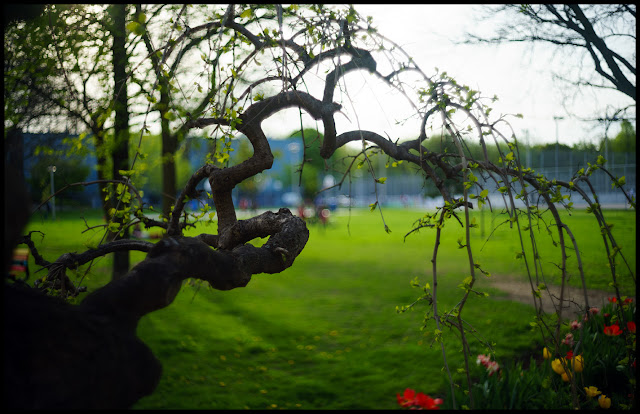 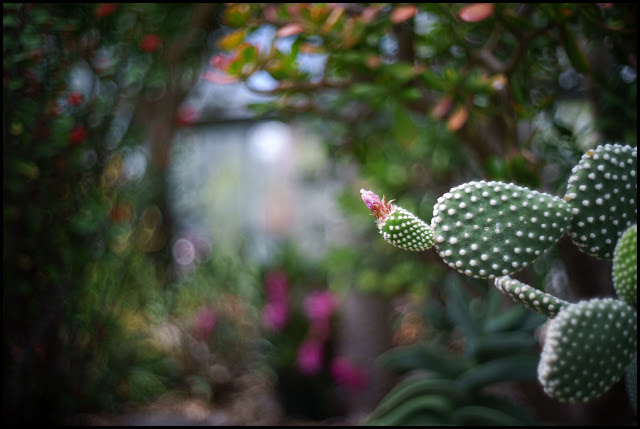 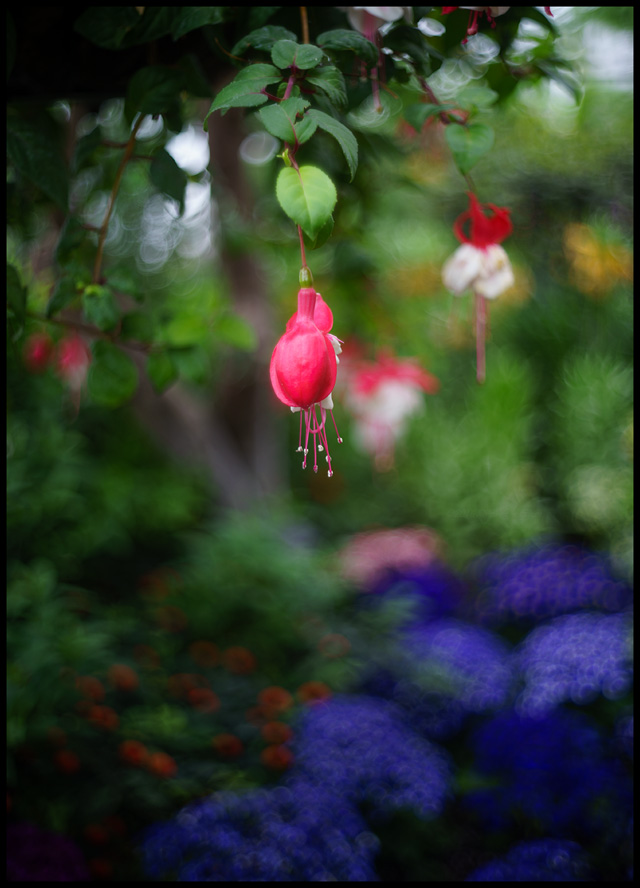 I read the very sad news this morning that Michael Reichmann of Luminous-Landscapes has passed away.  Michael was one of the very first pros who adapted and later switched to digital for professional work.  I followed Luminous-Landscapes almost since its inception.  Michael's landscape pictures were an eye opener for me, even though I do not really do landscapes.  I thoroughly enjoy all his travel/landscape master pieces. But it was his reviews of cameras and accessories/software that I really enjoy.  The reviews of the Canon D30, D60 and other Canon digital bodies influenced my decisions on choosing my first DSLR.  I love his review style from a usability perspective, a stark contrast to DPReview which was (still is?) very technical and clinical.  I bought some of his Video Journal DVDs (and later downloads) he and Chris Sanderson produced and they were always informative and often entertaining.

The site later concentrated on mostly high end medium format content and I lost interest and stopped visiting the site, but I still subscribe to its RSS feed to check up on the updates.

Rest in peace, Michael.  You will be missed. 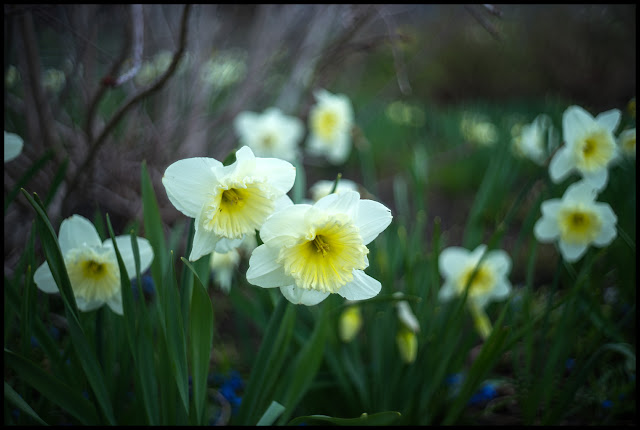 I always thought 40mm is an odd focal length for a lens, but it was very popular with rangefinders, because it's a cross between a mini-wide 35mm and a standard 50mm lens.  In other words, it's a compromise, or if you are an optimist, the best of both worlds.  In actual use, I kind of like this focal length on the full frame A7. It has a wider view than the 50mm lens, but still used like a normal/standard lens, at least psychologically. 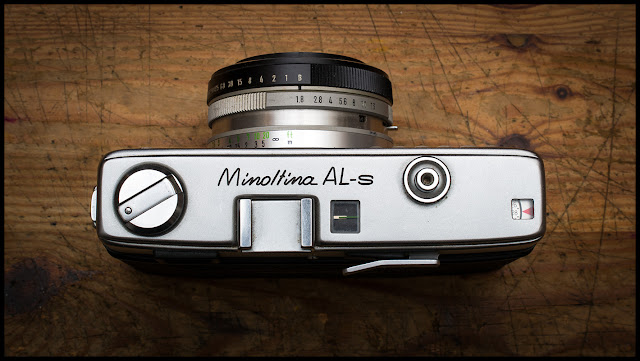 The Minolta Rokkor-QF 40mm f1.8 came from the Minoltina AL-S rangefinder.  The camera had sticky shutter below 1/15 second, although everything else seemed to work fine. Anything not perfect is an excuse to take the camera apart for the lens :)

I removed the lens from the camera, removed the shutter blades, and used a 58mm reversing E-Mount adapter.  I must say, this is by far the best hand converted rangefinder lens I have ever done.  It looks pretty nice too.  With a short flange, this lens did not need much space between the mount and the lens.  It looks compact and small when it's mounted on the A7, and it's solidly built, like most old lenses.  I really like it. 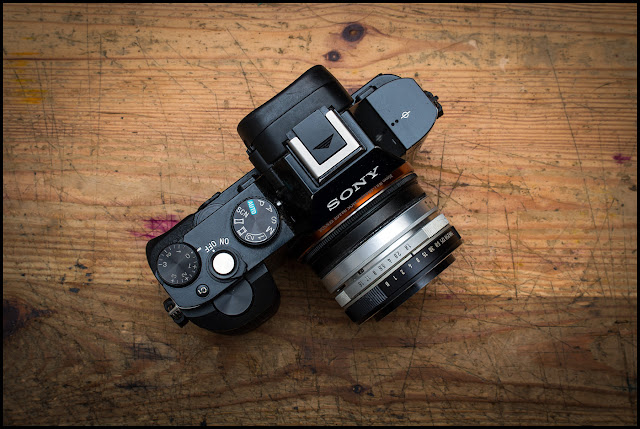 The hardest part of this conversion was infinity calibration.  Having to file the shim for exact thickness took the most time, and at the end, it was still a bit too thin and focuses slightly past infinity, but I am not ready to go through another hour and a half to do it again.  Next time, I think instead of a metal retention ring I used from the filter as a shim, I should just cut the shims using plastic sheets.  Should be much more precise and take far less time, until I get my lathe to machine the mount to the exact measurement I need. 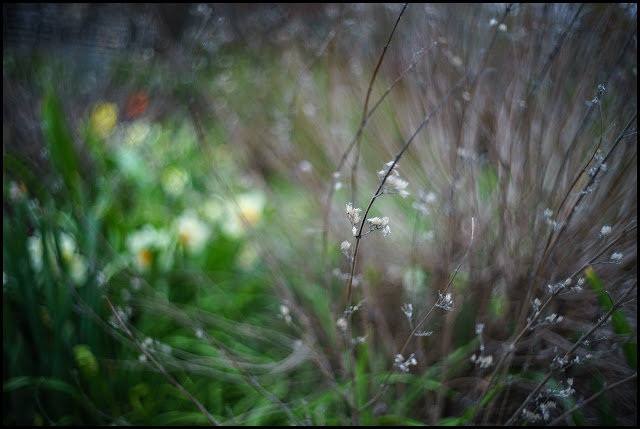 The lens board was cut and filed to the diameter of the lens, and fits perfectly within the 55mm filter ring.  The only problem is the focus glide column that protrudes when focused to infinity, and hits the mount.  I had to file a gap on the adapter to allow it to extend fully.  The focus guide, which is a small piece of metal that guides the focus glide column so that it won't move or wobble sideways when focusing, used to be on the outside of the lens board, I made a smaller version of it and mounted inside.  This looks neater and when I eventually have a metal lathe, it would be much easier to machine the mount and screw on top of this lens board. 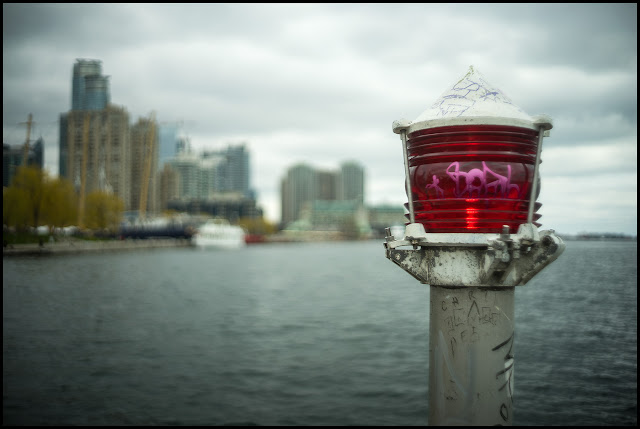 Wide open, very sharp, but vignetting is quite severe

I retained the original focusing mechanism, to keep the lens as compact, and original looking as possible.  The minimum focus distance for this lens is normally at 0.8 meters.  Far too long for my liking, so I modified the focus travel stopper to allow the focus ring to turn the lens outwards more, which increases the space between lens and sensor, and thus closer focus.  It now focuses to about 0.4 to 0.5 meters, like most modern standard lenses.  The only cosmetic issue is that there is a small gap between the focus ring and the lens body at minimum focus distance.  Oh well, can't have everything! 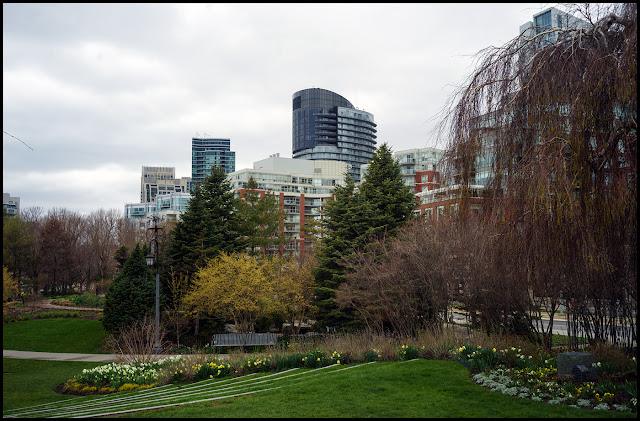 At f8.  Very sharp across the whole frame.

At maximum aperture, the lens behaves like most old lenses: it's quite sharp, but lacks contrast.  I think the shim I filed wasn't perfectly flat.  The left side of the image is slightly sharper than the right side, and this is noticeable at large apertures.  From f8 on, the lens is sharp across the frame with relatively good contrast.  But it's the bokeh I am most interested in.  This is what shows the most characters of the lens. 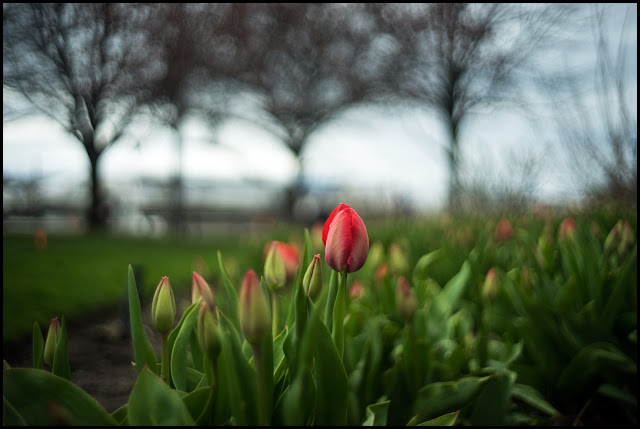 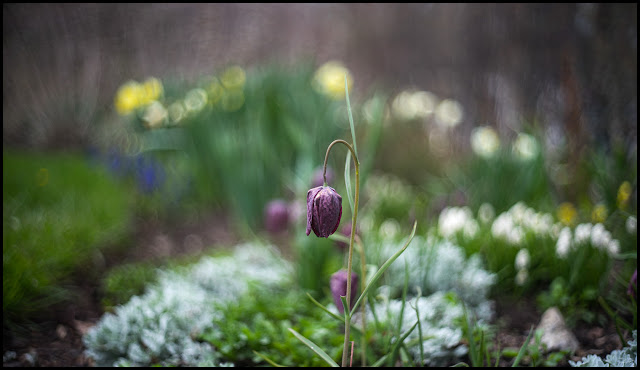 The bokeh is quite similar to many of the Japanese rangefinder lenses I have used.  Slightly swirly wide open.  This is not to say the bokeh is not pleasing.  In fact, I think it's quite nice to my eyes. It's just not so unique.

I really like this lens, for its compact size and relatively good optical quality.  It really is a nice walk around lens with a focal length that falls between a wide angle and a standard lens. 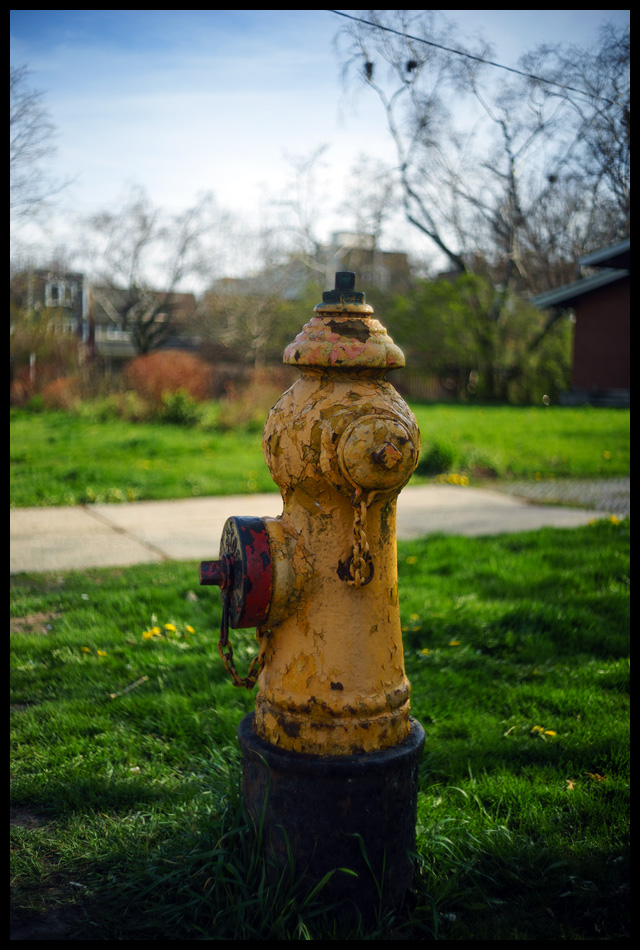 No Lens evaluation is complete without a hydrant shot :)
Posted by Lens Bubble at 12:42 AM 6 comments:

My friend Paul used to tell some of his customers to use a cracked UV filter to achieve soft/weird effects.  Well, I now have a lens that has this special capability built-in!

This ISCO-Göttingen Westanar 50mm f2.8 lens, in Exakta mount, was a free bonus from a few other phonographic items I bought.  There are few things wrong with this lens.  It won't mount on any of the EXA-Emount or EXA-EOS adapters I have.  The rear element(s) appear to have cracks along the edges, and in the middle of the element, heavy scratches.  To top all that off, the lens has a healthy growth of fungus.  What makes this heart-breaking is that the lens is mechanically excellent.  It focuses very smoothly, and the front element group is nice and clear. 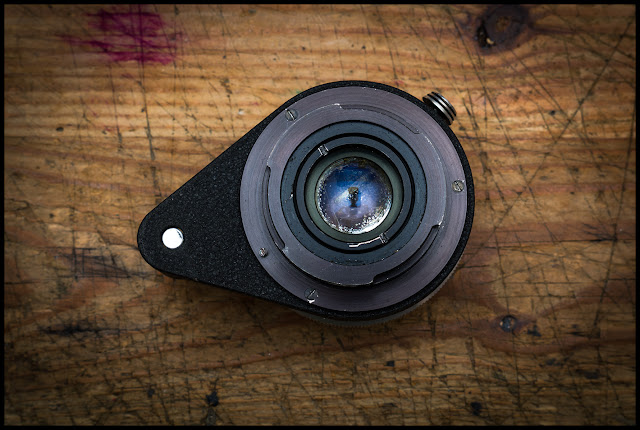 Westanar 50mm f2.8 with Exakta Mount. Note the "imperfections" on the rear element. 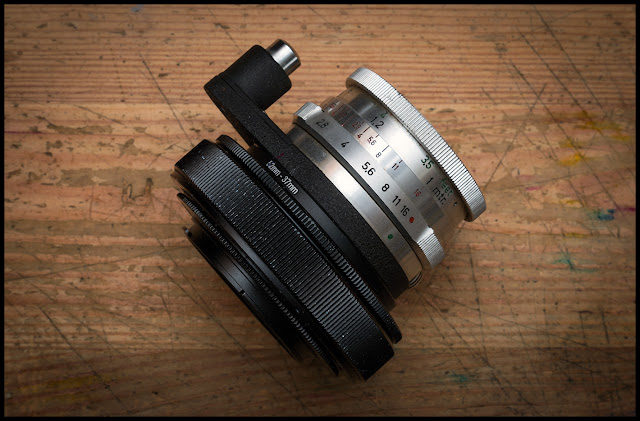 With the mount replaced and on focus helicoid.

Rather than giving it a death sentence, I thought, why not use it as a soft focus lens? The pictures might even come out artsy without doing anything special!

I had to remove the mount, since it won't work on any of my adapters, but it was easy, as it was held on by three screws.  These old lenses were made with different mounts in mind, and they designed it to be easy to swap a different mount on it.  For me, I just glued a 37mm-52mm step-up ring on the lens, and then mount the lens to the Yeenon focus helicoid.  This lets me focus extremely close, as the lens itself already has its own focus, plus the focus helicoid.  Now it's all good to go. 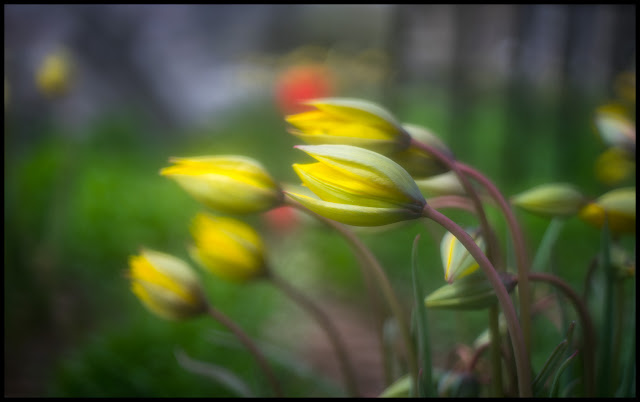 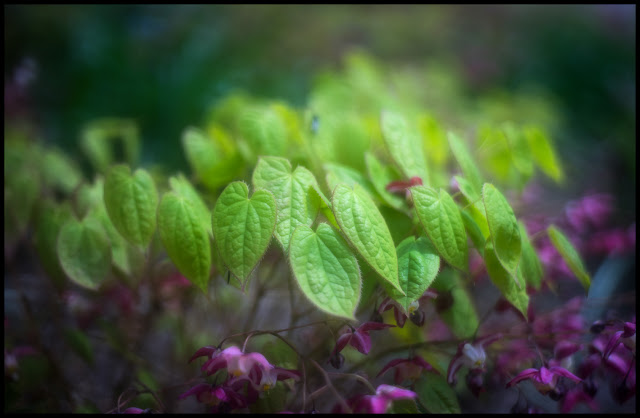 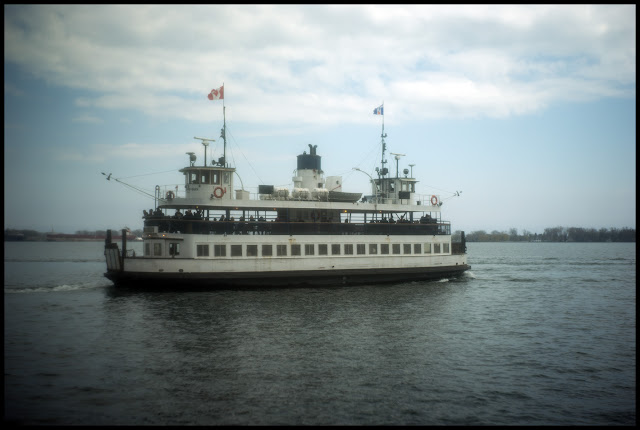 This one has a healthy dose of contrast boost, which is actually not too bad.

With this much artsy ingridient done to the lens, I was surprised to find that the lens actually produces usable images, abeit very low contrast.  Even stopping the lens down to f8, the contrast hardly improved, though sharpness spread more to the edges.  The lens has a slight soft focus effect, but I was hoping for something more dramatic.  Perhaps, it needs more "artsy" elements, like crack lines in the middle of the rear element, or deeper scratches! 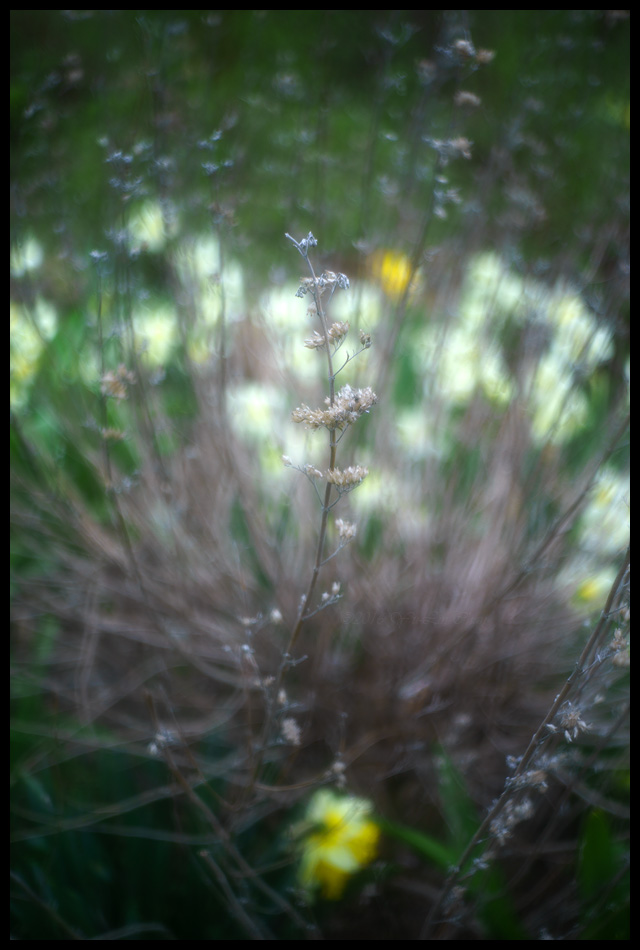